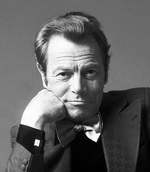 There is always something special about a tune with the Kaempfert touch - the dominant bass line, a steady, swinging beat, the muted brass and the general air of quality which permeats every bar. The music is as distinctive as the man himself.

Bert Kaempfert was born on October 16, 1923, in Hamburg, Germany. His interest in music was evident from an early age when he was found creating tunes on the family parlor piano. His parents happily encouraged this natural enthusiasm, first by sending him for private tuition and later enroling him, at fourteen, in the Hamburg School of Music, from which he graduated with honours two years later. In addition to the piano, he learned to play clarinet, saxophone, and accordion, putting them to good use by joining the then popular Hans Busch orchestra. There his talent for arranging and composing music became clearly evident.

At this point, World War II interrupted Bert's blossoming career. He joined the navy and played in the service band, later spending several months in a Danish POW camp where he organized a band of fellow-prisoners. Upon his release in 1945, he went to Bremerhaven and formed his band, Pik As (Ace Of Spades), which frequently performed at the US Army officers' clubs, becoming a popular favorite with all. It was at these clubs that Bert furthered his knowledge of American dance music by actually playing for dancers. He loved the big bands of Glenn Miller, Benny Goodman, Tommy and Jimmy Dorsey, Duke Ellington, Count Basie and others popular at the time, the sound and spirit of the music becoming a part of him. 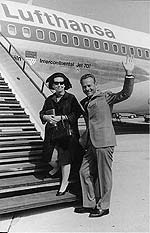 While in Bremerhaven, Bert met his future wife, Hanne, who worked in radio and clubs there. She became manager of the band. They married in 1946 and soon thereafter their first daughter, Marion, was born. The following year, Bert and his small family moved back to Hamburg, the city of his birth. In 1951, the Kaempferts had their second daughter, Doris. In those days he met Herbert Rehbein, a brilliant young concert violinist, who became his lifelong best friend and collaborator. Bert played at the Hamburg Esplanade Club in the evening and worked days playing and writing arrangements for the British Forces network radio (BFN) in Germany. This hard work was rewarded. It brought his considerable talent to the attention of many publishers, for whom he wrote commercial band arrangements, and the recording companies, who began to use the Kaempfert know-how on many of their record dates. In addition, he also worked at NWDR (North West German Radio). Bert was a very busy man and he was moving up! Everyone in musical Hamburg knew him. 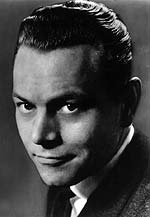 Polydor soon signed him as staff writer, arranger, conductor, and A&R man. In this capacity, he should be immortalized as the man who first recognized the talent of John Lennon, Paul McCartney, George Harrison, Pete Best, and Stuart Sutcliff, the original Beatles. During the time they were playing at the "Top Ten Club" in Hamburg, he produced their first records with a singer named Tony Sheridan. When Elvis Presley was in West Germany and needed some songs for a new film, it was Bert who was called by the publisher. He wrote "Wooden Heart" and a lullaby for the picture. The former song, based on a melody Bert had known since childhood, became an international hit for Presley. In the same period Bert found and recorded the worldwide hit, "Morgen", with Ivo Robic, and it was inevitable that Bert would soon begin making instrumental records of his own.

In 1959, Bert Kaempfert had some success with his first single, "Midnight Blues", which became a hit on Armed Forces Radio in Europe. He also recorded "Wonderland by Night", which caused no excitement when first released in Germany. Bert and Hanne Kaempfert decided to make their first trip to the U.S.and take their record with them. It was there, in New York City, that Bert first met Milt Gabler, the A&R head of Decca Records. It was his job to decide which songs and artists were to be issued in the USA from the vast Polydor catalogue. Bert was introduced by a publisher friend of Milt's, Hal Fein. To their amazement, Milt already had the record of "Wonderland by Night" on his desk. He knew all about Bert Kaempfert and was anxious to meet him and discuss his future. Decca released the song in America as Bert's first single. The rest of the story is now history. 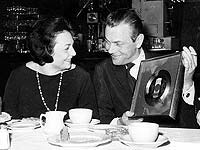 "Wonderland by Night" went to number one internationally, eventually achieving great success in Germany as well. Bert had earned his first of many gold records. In 1961, Bert Kaempfert & His Orchestra was voted the "Number One Band of the Future", in the American Cash Box poll and his instrumental hits were reaching a huge audience. "Afrikaan Beat", "That Happy Feeling" and "A Swingin' Safari" were just a few of Bert's instrumental recordings that were selling in millions.

Each year Bert would make two to three albums, calling in the team of Herbert Rehbein as co-writer and Milt Gabler as producer and lyricist. Sound engineers Karl Hinze and later Peter Klemt were also an essential part of the team, helping to create the legendary Bert Kaempfert Sound that became a reference for hi-fi enthusiasts.

The hits kept coming, including standards infused with the Kaempfert magic such as "Red Roses for a Blue Lady", "Bye Bye Blues", and "Three O`Clock in the Morning", but his own compositions were becoming classics themselves. 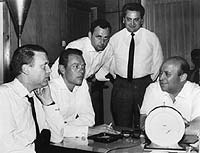 Awards and gold records came pouring in from around the world and when "Strangers in the Night" won the Golden Globe Award for Best Song Of The Year in 1966 Bert Kaempfert was becoming to be regarded as one of the most important composers of the century.

The quiet, elusive man was incredibly happy that his music was performed by the artists he loved and admired. However, he himself was not interested in stardom. He preferred to compose, arrange, and produce. His publisher and record company used this to create an image of mystery around this modest German composer who had taken America on at its own game and won.

He stayed out of the limelight until 1967 when he appeared on US television for the first time as a star guest on Jackie Gleason's Christmas Show. The show was a huge hit but it didn't persuade him to take the mantle of a super star. He preferred to spend time with his family and friends, loved playing cards and was a keen gambler. His greatest passion, however, was fishing in the Florida Everglades which had become one of his favourite haunts.

In 1974, he finally was persuaded to perform live: With his large Orchestra he played two sell-out concerts at the Royal Albert Hall in London which were quickly followed by two one hour TV specials with singer Freddy Quinn for German television. He also toured Germany and England with great success in 1977 and in 1979, and did another TV show, "In Concert - Bert Kaempfert", featuring Swedish singer Sylvia Vrethammar.

On June 21, 1980, two days after he had finished a very successful concert tour in England, with the final concert at London's Royal Albert Hall, Bert Kaempfert passed away at his retreat on the island of Mallorca. His untimely death, at the height of his career, was a great loss for his many friends and fans. But his music lives on and will continue to give pleasure to millions in years to come.

The good news for all the Kaempfert fans is that the beautiful arrangements and melodies can still be enjoyed live in concerts and gala shows. The Bert Kaempfert Orchestra has been re-formed by Bert's daughter, music producer Marion Kaempfert, and Tony Fisher, his lead trumpet player and close friend for many years. The orchestra, under the direction of Tony Fisher, recreates that fabulous sound for the world to hear again. 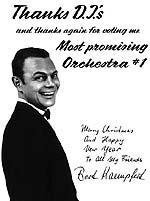